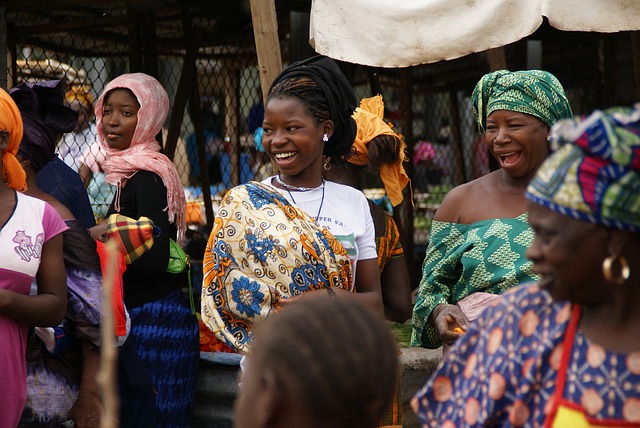 About The Mission Trip

The Gambia is the smallest country in Africa and is a country completely surrounded by another country with the exception of a small length of coastline on the Atlantic Ocean. The Gambia, surrounded by Senegal, is a country of a rich history in her own right. In fact, you will be staying on a island that was one of the most important slave trading routes during a tragic time in history. The Gambia is known as one of the most culturally rich countries on the African continent, with many tribal and ethnic groups living peacefully side-by-side. The Gambia has enjoyed long periods of stability, unlike many of her African neighbors. Stability, however, has not translated into prosperity. Despite the presence of the Gambia River, which runs through the middle of the country and on which you will travel, only one-sixth of the land is arable and poor soil quality has led to the predominance of only one crop - peanuts. With a population of 1.8 million, the life expectancy is less than 60 years and the probability of dying before the age of 16 is greater than 25%. Malaria is the #1 cause of death for children under 5 and lower respiratory tract infections killed more than 1700 adults in 2012, the most recent year this information is available (WHO). Nearly 60% of the population lives below the poverty line and 40% lives below the food poverty line. Poverty is widespread, pervasive and predominantly rural. Approximately three quarters of the rural population (where are clinics will be held) is classified as poor. The Gambia needs your help and the Ministry of Health has asked IMR to provide care.

The people of the Gambia are facing major obstacles in their pursuit of basic health care to save and or enhance their lives. Basic health care is not affordable for the vast majority of citizens in the Gambia. Although a few government-run clinics do exist, they are not adequately equipped to handle the needs of the people. The two major problems faced by Gambians are related to the shortage of health care professionals and access of medications due to availability and financial restrictions. The main causes of mortality in infants (0-12 months) are neonatal sepsis, premature deliveries, malaria, respiratory infections, diarrhoeal diseases and malnutrition. For child mortality, the main causes are: malaria, pneumonia, malnutrition, and diarrhoeal diseases. Almost 60% of the population is under age 25. The literacy rate is 55% for men - and considerably lower for women. Poverty is a national issue. In 2008 (last data available) there were only 0.11 physicians/1000 people - compare this to the United States with 2.5 physicians/1000 people and you can see a country that needs help to care for her people.

You will stay in a beautiful resort for most nights on this amazing trip.  There will also be an overnight on the UNESCO World Heritage designated Kunta Kinteh Island (St. James Island), made famous by the book and movie, Roots.  Please join us as you discover the beauty of Gambia and the Gambian River valley! Our hosts, working hand-in-hand with the Ministry of Health, have partnered with us to create an itinerary that will allow you to see the sickest patients while sharing in the beauty of the Gambia.  There is nothing better than this!!

You will have the opportunity to explore the Gambia, not just from the perspective of the health of her people, but also culturally as you work with many different tribes. You will stay on an island designated as a UNESCO World Heritage Site, infamous for its history of slaving but now famous as the disembarkation point in the book and movie, "Roots", based on a true history of a family living on the island in the 1700s, and the lead character, now known around the world as "Kunta Kinte". You will travel along the Gambia River, one of the most beautiful rivers in the world, where oysters abound, giving rise to the national dish of the Gambia, oyster stew. Women harvest the oysters from the river and add many of the common Gambian flavors from peanuts, tomatoes, black eyed peas, and more. You'll enjoy the wonderful sights, sounds, smells, and tastes of the Gambia every day during your journey.

You're venturing around the globe, have you considered extending your stay a few additional days to explore nearby Senegal? Join IMR on an exclusive three-day extension! Rich with colonial heritage and many natural attractions, Senegal is known for its exciting safaris, nightlife, and historical museums. While in Senegal, experience the wildly unique Lac Rose — a pink saltwater lake, the tiny, car-free island of Gorée and visit the House of Slaves museum.

Take a look at the trip itinerary here: https://worldwidenavigators.com/trips/a-taste-of-senegal/

Pay 1,200 and complete your application to secure your place as a TEAM MEMBER!

How much do I need to pay?

Is group airfare available through IMR?

Before Mar 18th, 2019:  YES! IMR will arrange your international flight on a "group" ticket at your request!

After Mar 18th, 2019: You may still be able to join the group flight on a space-available basis only

May I purchase my own international flights?

Yes! Purchasing your own international flights provide you with maximum travel flexibility!

Extended Stays - Trip of a lifetime!!

May I book an extended stay through IMR if I choose the group flight?

May I book an extended stay through IMR if I choose to book my own tickets?

Sleeping the way you want to!

What are the sleeping arrangements?
Are single rooms available?

Sleeping the way you want too!!

Your Donation to IMR Includes:

Costs that you are responsible for in addition to your donation to IMR:

We take security very seriously at IMR.  It is our job to ensure that security precautions are in place, but please keep in mind that we cannot guarantee your safety on the trip.

A service that we are very proud of at IMR is the preparation that each team and team member receives prior to the trip. This is one of the most important reasons that you should join an IMR team.

All team members receive a detailed briefing packet outlining the important elements that make a successful trip, packing lists, and a checklist to keep you on track. You will receive detailed information on how clinic operates, the roles on an IMR team, community health education topics, fundraising, and access to a personal IMR fundraising page. Best practices for providing care in short term medical clinics, public health information specific to the country you are traveling too, and a guide to the infectious diseases of that country will be shared with the team. You will also receive a comprehensive country briefing packet that provides background information, cultural etiquette, common phrases, and links to additional information from a variety of sources. Finally, a departure packet that outlines how and where to meet your team will be sent just prior to departure.

IMR applicants and team members will also have access to a series of phone conferences where you will learn about specific aspects of IMR trips and 2 Q and A calls where you can ask questions specific to your trip. There will also be a Q and A call just prior to departure to help ensure that you have the most important information and are ready to go!

Most importantly, we are always here to answer your questions or help you complete your application. It is our goal that we exceed your expectations for preparation, patient care, and your overall trip. Let us know how we can help and how we did!

What does the donation amount include?

The donation amount covers the cost of lodging, meals, and transportation while you are in the country, and clinic supplies/medications for our patients. If you are eligible for and choose the Subsidized IMR Flight, your donation amount also includes the cost of your international airfare. Costs that are not included in the donation amount are your passport, travel visas (if applicable), domestic airfare to the group departure city, vaccinations, and insurance. You also have the option of flying on your own directly from your hometown and meeting up with the team in country. IMR gives you the option of purchasing your own tickets, which decreases your minimum donation amount. It also gives you the opportunity to extend your stay to do some sightseeing after the trip, and fly directly from your home city to your final destination.

What will the team be doing on the trip?

IMR teams provide medical care and community health education to communities that lack access to care. A typical IMR team consists of doctors, nurses, EMTs, medical/nursing students, pre-med students, and non-medical volunteers. We strive to have a dental team on every trip as well. The team usually stays in a central location and travels each day to a different community to set up a mobile medical clinic. In order to promote lasting and sustainable improvements in the health of those communities, IMR conducts an extensive community health education program in each area as well. No matter what your specialty or skill level, there is a job for you on an IMR trip!

Can I fundraise for the trip?

Yes!  Many volunteers fundraise for trips.  Once your references are approved, IMR will send a fundraising packet that contains information on how the personalized fundraising page on the IMR website works.  It also contains some great ideas for fundraising events and other ways to fundraise for the trip.  IMR is a 501(c)3 charity, and all donations are tax-deductible to the fullest extent of the law.

Are there any important dates I need to know?
Are there additional costs / expenses for the trip?
Can IMR assist me with travel plans and extended say options?

Yes!  We encourage our volunteers to extend their stay and explore.  And by extending your stay you also put money into the economies of these developing countries!

View All Trips »
Login
We use cookies to ensure that we give you the best experience on our website. If you continue to use this site we will assume that you are happy with it.Ok